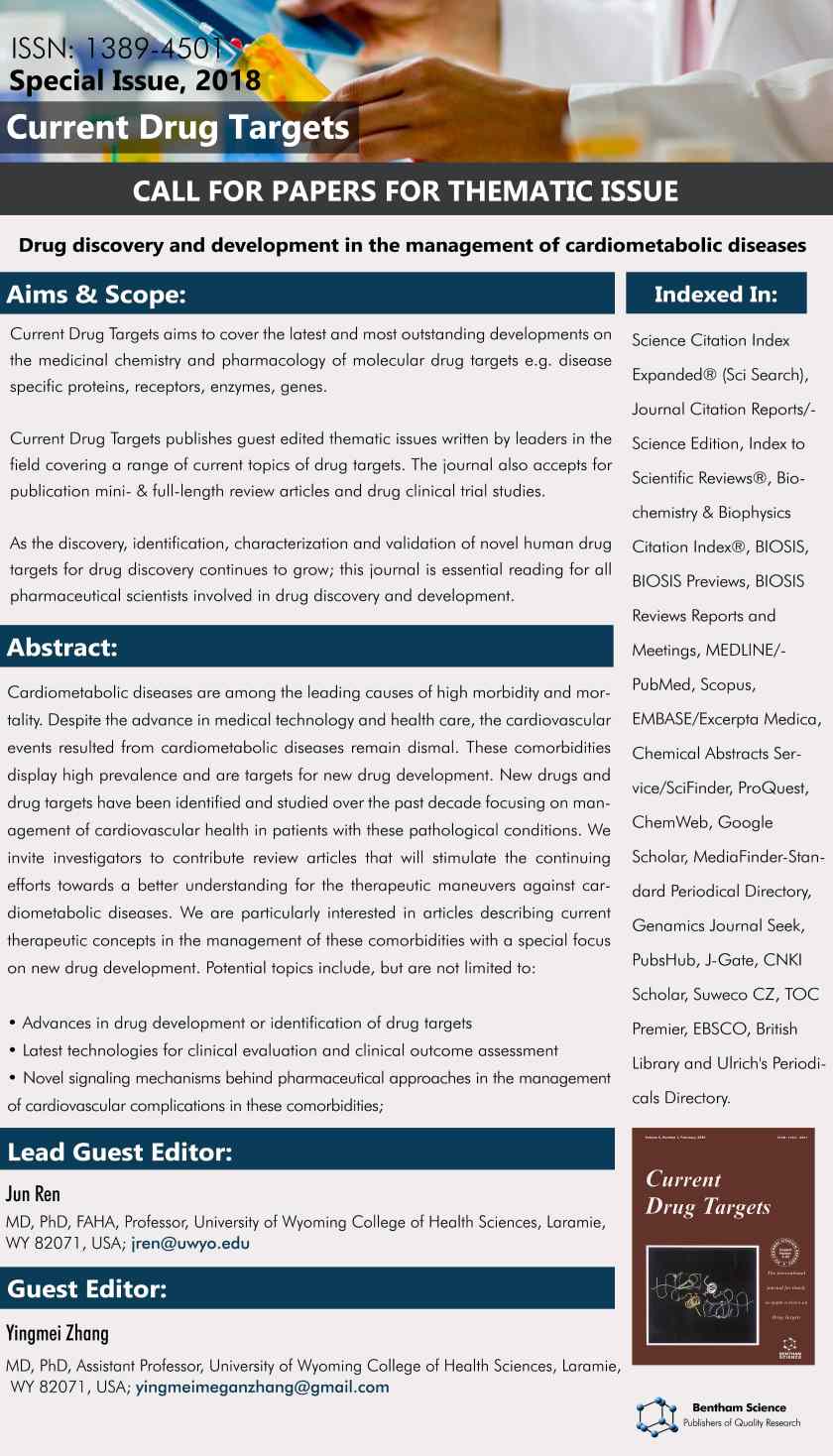 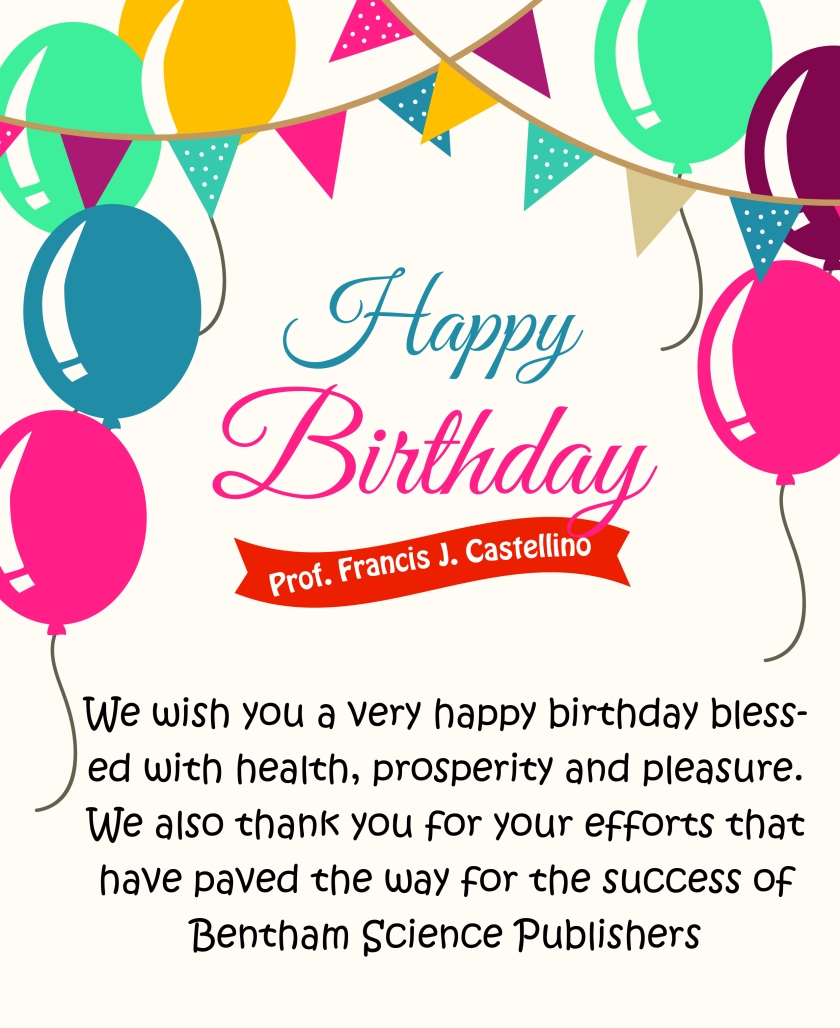 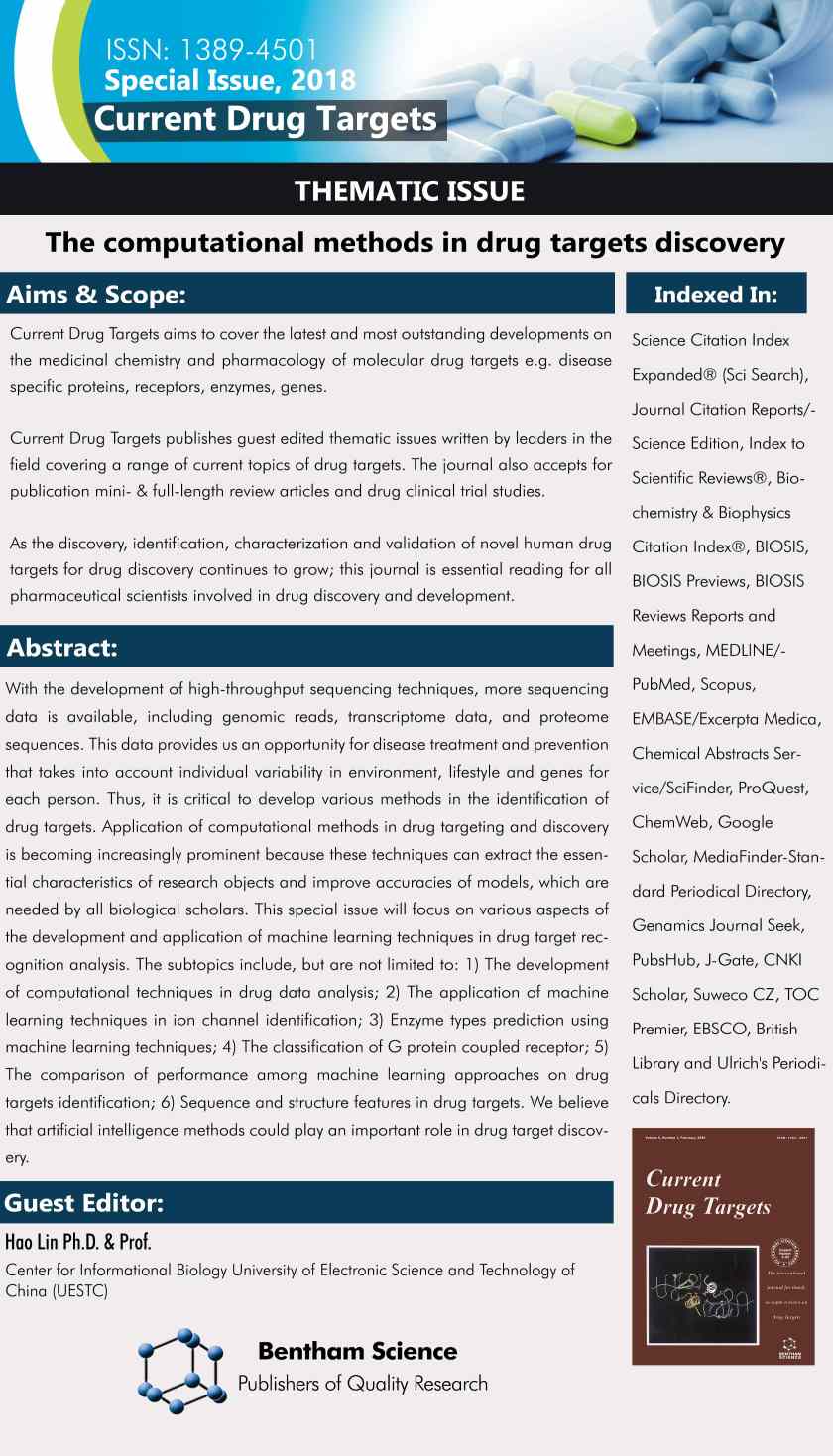 As the discovery, identification, characterization and validation of novel human drug targets for drug discovery continues to grow; this journal is essential reading for all pharmaceutical scientists involved in drug discovery and development.

For details on the articles, please visit this link :: http://bit.ly/2noTuWi

Background: Mycobacteria genus is responsible for deadly diseases like tuberculosis and leprosy. Cell wall of bacteria belonging to this genus is unique in many ways. It plays a major role in the pathogenesis and intracellular survival inside the host. In intracellular pathogens, their cell wall acts as molecular shield and interacts with host cell milieu to modulate host defense responses.

Objectives: In this review, we summarize the factors that participate in the biosynthesis of unique mycobacterial cell wall, understand their potential as drug targets and the recent developments where they have been evaluated as possible drug targets.

Conclusion: Studies demonstrated that the cell wall components are unique in terms of their contribution in mycobacterium pathogenesis. Targeting these can hamper the growth of M. tuberculosis. In this study, we scrutinize the drugs under trials and the potential candidates screened through in silico findings.

As the discovery, identification, characterization and validation of novel human drug targets for drug discovery continues to grow; this journal is essential reading for all pharmaceutical scientists involved in drug discovery and development.

For details on the articles, please visit this link :: http://bit.ly/2hJRdlp

Radiotherapy is an important method in treatment of tumors, but it can be held responsible for biological damages. Improvements in this therapeutic method have begun by developing targeted drug delivery system along with developing efficient radiosensitizing agents through which targeted uptake of the chemotherapeutic drugs into the tumor cells and tumor specific sensitization are increased. Electroporation (EP) has shown promising potentials as a targeted drug delivery system and radiosensitizing technique. EP increases chemotherapy drug uptake in the tumor cells which in turn increases its intracellular accumulation and thus the radiosensitizing effect. When EP is combined by chemotherapeutic drugs, this treatment is named ECT.

There are two basic requirements for an effective ECT: (1) appropriate electrical parameters and (2) type, administration route, and concentration of chemotherapeutic agent. In all studies (preclinical & clinical), the best treatment response was obtained in the group that treated with ECT before irradiation. In addition, previous studies showed that the skin tumors of the head and neck can be successfully treated with a combination of ECT and electron beam in clinics. We can conclude that combination of ECT and radiotherapy can be considered for patients with progressive skin tumors in the head and neck area to increase the likelihood of a favorable therapeutic outcome and to preserve cosmetic appearance and function of the normal surrounding tissues.

In summary, three main mechanisms have been reportedly responsible for radiosensitizing effect of ECT: (1) increased drug uptake in the cells due to EP phenomenon, (2) generation of reactive oxygen species by electric pulses, and (3) vascular alteration particularly antivascular effects.

For further information about this research, please visit: http://www.eurekaselect.com/153527