A bizarre and brilliantly effective optical illusion going viral on the internet tricks your brain into seeing a colour image… but if you look closer, you’ll notice the photo you’re staring at is only black and white.

Created by digital media artist and software developer Øyvind Kolås as a visual experiment, the technique, which Kolås calls the ‘colour assimilation grid illusion’, achieves its effect by simply laying a grid of selectively coloured lines over an original black-and-white image.

“An over-saturated coloured grid overlaid on a grayscale image causes the grayscale cells to be perceived as having colour,” Kolås explains on his Patreon page. 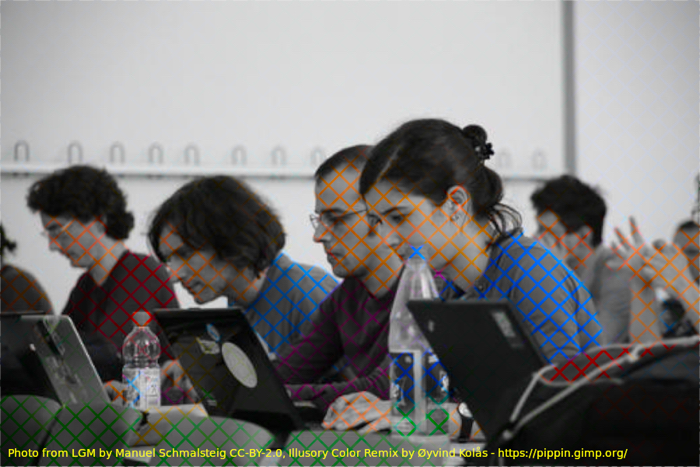 So what’s going on here to make our brains actually interpret this black-and-white picture as if it’s full colour image?

According to vision scientist Bart Anderson from the University of Sydney, the effect we’re seeing in this illusion isn’t particularly surprising.

“The colour system is what vision scientists refer to as ‘low pass’, i.e., many of the receptive fields that code colour are quite large,” Anderson told ScienceAlert.

“So the grids get ‘averaged’ with the achromatic background, which then gets attributed to that part of the image.”

In other words, our brain kind of compresses visual information when we look at things, giving us an overall impression of what’s there if we don’t take the time to examine objects closely.

Or, you might say, a little bit of colour goes a long way.

If you’ve seen this illusion doing the rounds, you might notice this isn’t the main image being shared.

Some of the people in that photo hadn’t given permission for it to be shared online, and Kolås has asked for it not to be used, which is why we’ve put up one of his other examples instead.

The illusion isn’t just created by using coloured grids, either. While Kolås finds grids offer the best effect, he’s also played around with other ways of achieving the visual trick, using alternatives like dots and lines: 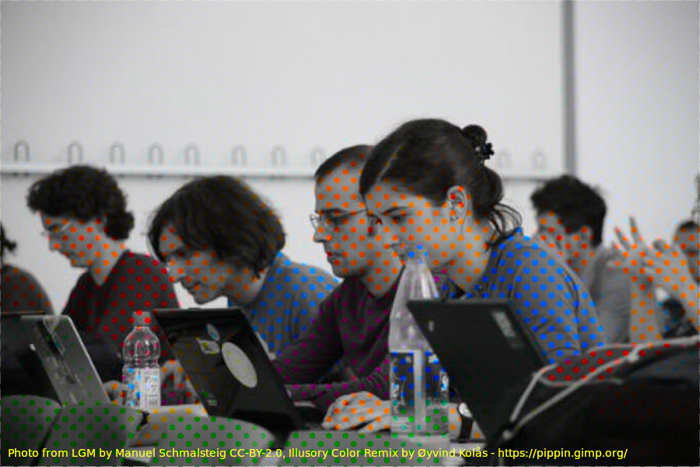 “The raster of dots gives a nice analogy to half-toning as used in print, where colour assimilation aids the optical mixture of colours that already happens before our visual system gets involved,” Kolås explains on his Patreon page.

And here’s an example using lines to create the same effect: 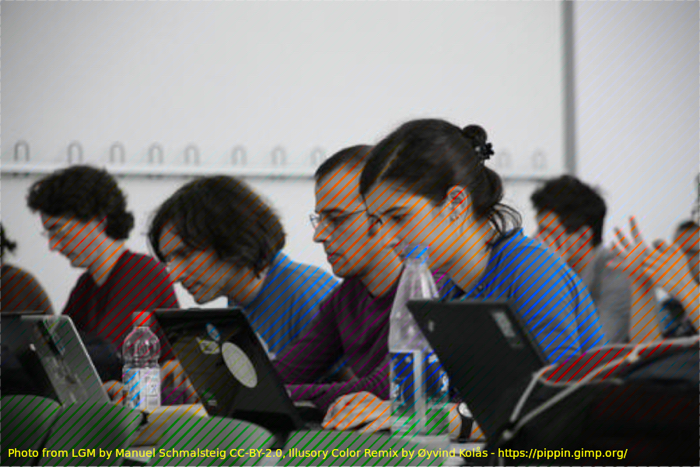 Another one, with horizontal lines instead of a grid. 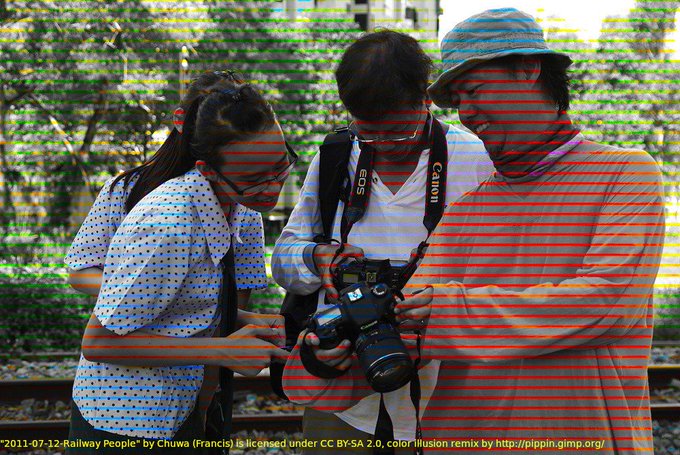 Most impressively of all, the way this illusion works doesn’t seem to require static images.

In the video below, Kolås shows how even full-motion video with the grid overlay is able to trick the brain into thinking its seeing a colour image, all by virtue of the ‘low pass’ way our visual system attributes colour: